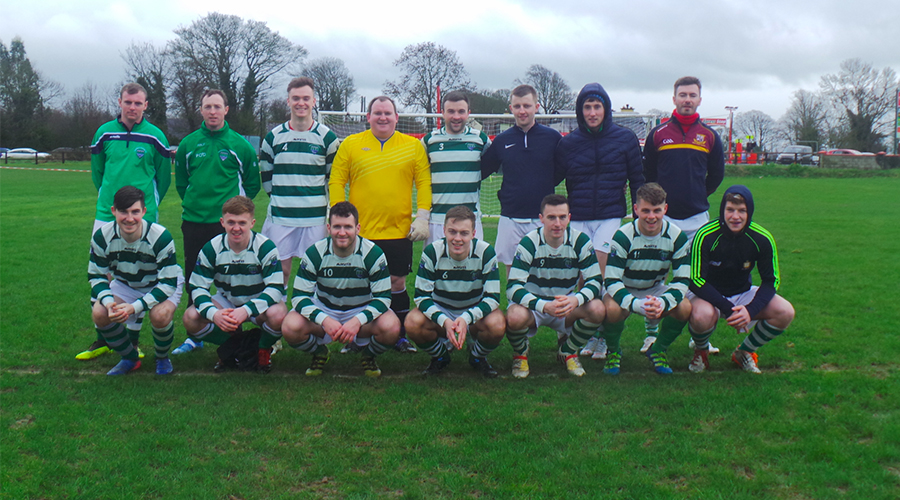 THE Clare League’s decision to have a Friday night kick-off for this year’s Premier Division and pair off a number of local derby contests in the process was an inspired one. And in many ways the most interesting fixture from those derby games was the clash of North Clare rivals Moher Celtic and Sporting Ennisytmon — all because it pitted so many friends, neighbours and Ennistymon GAA colleagues against each other.

Against that backdrop it was probably fitting that they played out an entertaining draw, with Moher Celtic who had grabbed the first goal mid-way through the half coming from behind in the second half to earn a share of the spoils.

They’d hit the front in the 23rd minute when after a good set-piece move Aaron McNulty got the final touch to beat James Leigh in the Sporting goal, a lead they looked like holding until half-time until a piece of audacious skill by Sean McConigley got Sporting back on terms. The goal was the product of great work by Cathal McConigley who after chasing down Michael Davenport he then teed up his bother Sean who back-heeled to the net from close range on 37 minutes.

Then six minutes into the second half Sean McConigley then turned provider, combining with Micheal Duffy to set up Cathal McConigley who brilliantly lobbed Noel Sexton from outside the area to put Sporting 2-1. However, the lead was short-lived with another set-piece move by Moher breached the Sporting de-fence, with a corner from the right was eventually forced him by Jimin Dooley. Thereafter, chances were at a minimum until the 85th minute when a Micheal Duffy free-kick smashed against the crossbar and rebounded out of play.