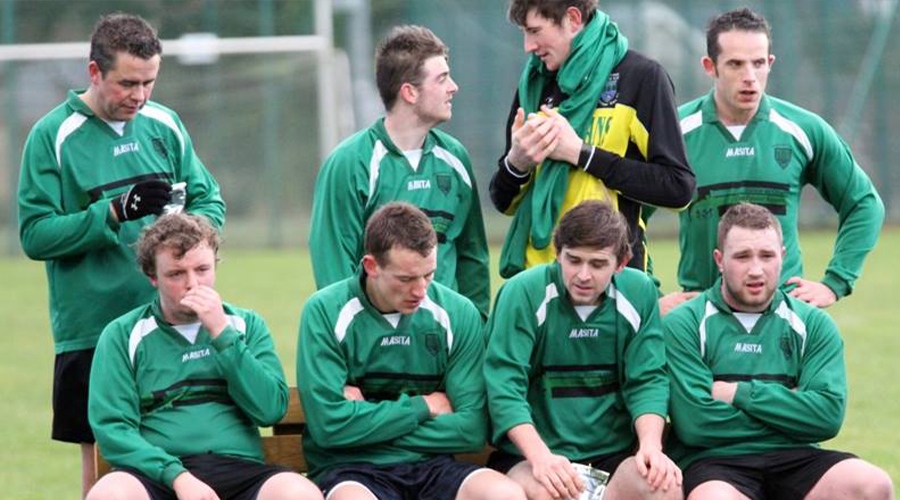 It was certainly the proverbial game of two halves when Sporting Ennistymon B travelled to Corofin last Wednesday in this north Clare division 2 league cup derby.

Sporting got off to the dream start when they took the lead on 6 minutes through Paul Devitt, who finished low into the back of the net.

Corofin recovered from the early shock and created a number of decent chances but were denied by Conor Gallagher in the Sporting goal.

A mix up in the Corofin defence led to Sporting’s second goal when a low cross from Eanna Collins ended up bobbling past the Corofin keeper into the net.

Sporting’s third goal came when a great cross from Michael Sherlock found Martin Mongan unmarked in the box where he volleyed the ball into the roof of the Corofin net. Sporting had one more clear chance before the break when Patrick Sherlock was through on goal but for the Corofin keeper Mikey Concannon to pull off a brilliant point blank save.

3-0 up at half time and coasting, Sporting looked set to for back to back wins but the experience of Corofin would prove to be decisive in this contest.

Corofin got their first goal 15 minutes after the restart through in form striker Shane Constable. Sporting were now on the backfoot, and ten minutes later Constable grabbed his second of the evening with Darrel Bane getting the equaliser soon after. With the sides now deadlocked Sporting went looking for a winner. Eddie Sherlock found himself through in on goal in the dying moments of the game only to be taken down by Corofins last man. Advantage was played on but yet another great save from Concannon proved to sum up Ennistymon’s evening. A 74th minute winner by substitute Steven Keane means Corofin now top the group.