Avenue United was founded on April 12th 1983 at a meeting in Mickey Kerin’s Bar in the Lifford area of Ennis. The founding members were David Connellan, Anthony McMahon, Sean Downes and Gerard O’Grady who were all from the Marian Avenue and Steele’s Terrace area of Ennis. These and other lads from ‘the road’ had previously been involved with various soccer teams in Ennis, particularly Lifford F.C. But they decided the time was right to branch out and form their own club, based in Marian Avenue and the nearby fairgreen pitch.

In the club’s first season in the Clare & District Soccer League (Div.2 1983-84) the Avenue panel comprised exclusively of players from Marian Avenue & Steele’s Terrace and included seven sets of brothers; Caseys, Mounseys, Purtills, McMahons, Connellans, Lyons and Guilfoyles. They captured the Div.2 League and Shield titles without losing a single match and in the subsequent season (1984-85) added the Div.1 League and Shield trophies – in the process creating a record of going 42 matches without defeat.

With promotion to the Premier League in 1985-86 new ‘outside’ players were drafted in to strengthen the panel. During this 3rd season, Avenue reached the semi-final of the Munster Junior Cup, beaten by Ballincollig of Cork 2 – nil, at Turner’s Cross. They won their first Munster Junior (Clare Area) final against a previously dominant Newmarket Celtic and won the prestigious Haughey Cup also against Newmarket after a replay. This was to be the first of an historic three-in-a-row Haughey Cup wins.

‘The Avenue’ had truly arrived at this stage but the best was yet to come. In 1987-88 the club won the only ever Clare ‘Grand Slam’ of Premier League and Shield, Haughey Cup, Munster & FAI Clare Area Finals . Such was their supremacy at the time that their Haughey Cup final win was by a score line of 6-nil!

In the following years the club progressed, fielding successful Youths and ‘B’ teams, and later again, Schoolboys teams. In 1990 Avenue United became the first Clare Club ever to reach the FAI Junior Cup Final after a great campaign. In the final in Dalymount, they were beaten by a superb Cherry Orchard side, 2-nil.

Throughout the following years Avenue United maintained a high standard, capturing the Clare Cup in its various guises, the Cheers Cup, Carling Cup, Prego Cup and the Clare Junior Cup. In addition, regular Premier League titles were captured since 1988. The club has also fielded a very successful ‘B’ team over the years. Up to 2007, no season had ever passed without some Junior silverware being won or shared.

In 1996 the club expanded by gradually adding Schoolboys teams and have since fielded U/8 to U/17 teams plus Youths (U/18) with great success. The club also runs a successful ‘Avenue Academy’ for over one hundred 5-10 year olds who subsequently feed into the club’s various schoolboy’s teams.

In 2008, the club celebrated their 25th Anniversary with a series of events including the publication of a book on the history of the club by local author Ollie Byrnes. In 2012 Avenue United purchased their own grounds at Roslevan, Ennis and have made that their home for the years ahead.

Original article can be found here. 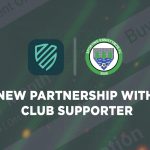 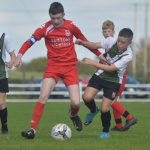 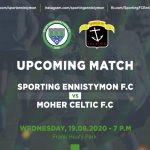