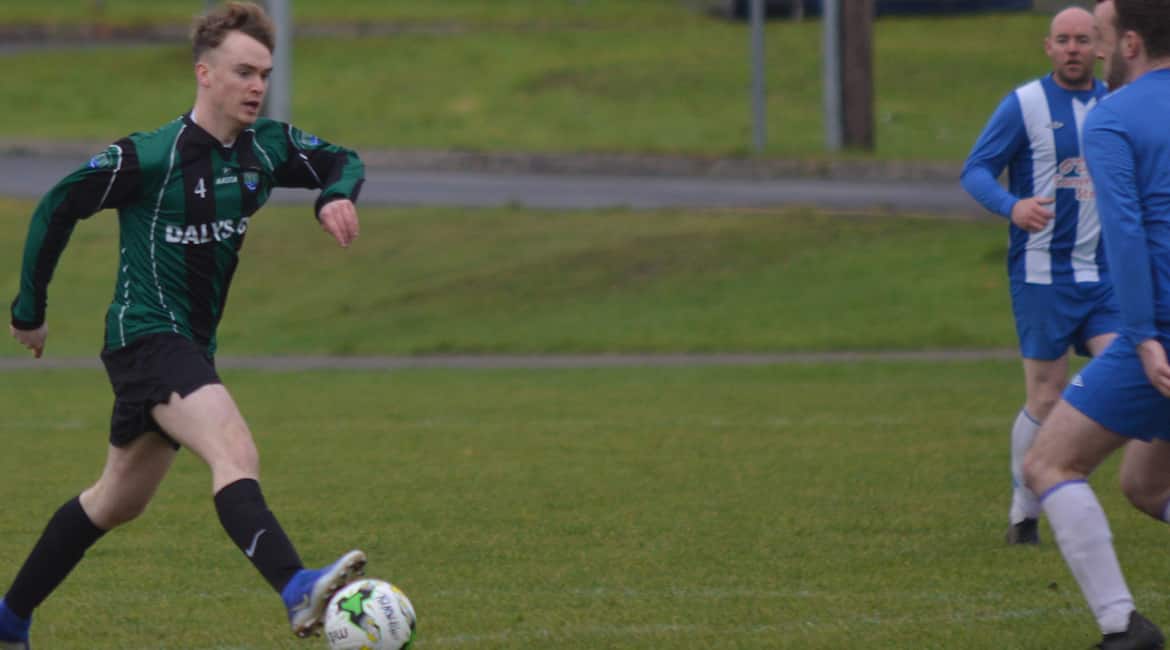 Sporting came from behind to collect all three points in this  Premier League fixture against Turnpike Rovers at Lee’s Road.

Turnpike quickly took charge against a Sporting team without the suspended Tomas Cullinan and the travelling Jamesie McConigley. Turnpike went ahead in the 16th minute when a mixup at the back put the Turnpike number 12 through on goal who rounded Gallagher in goals, sliding to finish to the net.

Sporting replied quickly, knowing that 3 points was a must in this battle for survival. Jack O’Dea came close to equalising only to see his glancing header end up in the side netting after a good delivery from Ciaren Monaghan.

After some good periods of possession, Sporting were back on level terms when Sean McConigley flicked on Tiernan Hogan’s cross to put the ball in the path of Michael Leigh who side footed home from 5 yards out.

Sporting went in search of another goal and nearly found it when a Ross O’Doherty delivery from the left wing caused confusion in the Turnpike box leading to a Cian Shannon shot which was parried out for a corner. Shannon was in fine form throughout the match and was unlucky not to get on the scoresheet after a good shot on 41 minutes went narrowly wide.

Martin O’Brien blew the half-time whistle with the sides level at one a piece.

The second half started as the first finished with Sporting have most of the possession and started to create more chances. The crucial goal came in the 64th minute when Sean McConigley’s free kick was hit low at the Turnpike wall and deflected into the path of impressive Ross O’Doherty who poked home from close in.

Sporting had some great chances to finish the game off. When a bouncing ball sat up perfectly for Ross O’Doherty, his shot was deflected out for one of the many corners Turnpike conceded in the second half. Another chance came on 83 minutes when Ciaren Monaghan was unfortunate to see his half volley fire just wide. An again Ross O’Doherty was close to adding his second when his left-footed shot looked to be heading into the top corner only for the Turnpike goalkeeper to produce a fine left handed save. Turnpike kept battling away and had a few great counter attacks but just couldn’t manage to get the final shot on target. The game ended 2-1 to Sporting and the result could go along way to keeping their status in the top flight come the end of the season.